HomeBlogsArchival Forts and Palaces of Udaipur Capturing its history

All the forts and palaces in Rajasthan were built in ancient times by the rulers to showcase their powers against their enemies. Now, these monuments and forts stand as a glorious reminder of a historical past.  In Udaipur- ‘The lake city of Rajasthan', you can find numerous historic forts and palaces, scenic view of lakes, valleys and monuments that are considered to be the pride of the city as well as, Rajasthan reminding us of the glory of the Rajputana era. Read on if you are wondering what it could be on our list.

1. Chittorgarh Fort
Chittorgarh Fort is a UNESCO World Heritage Site and located on a hilltop near the Gamberi River in Chittorgarh. This architectural wonder is one of the most majestic forts of India. There are seven gateways to enter in the fort and has several divine temples and ruins of battlefields that are revealing its history. Tell your guide to narrate the heart-wrenching custom of Jauhar (An ancient Hindu tradition where women committed suicide if falling into the hands of invaders!) which took place in this fort. 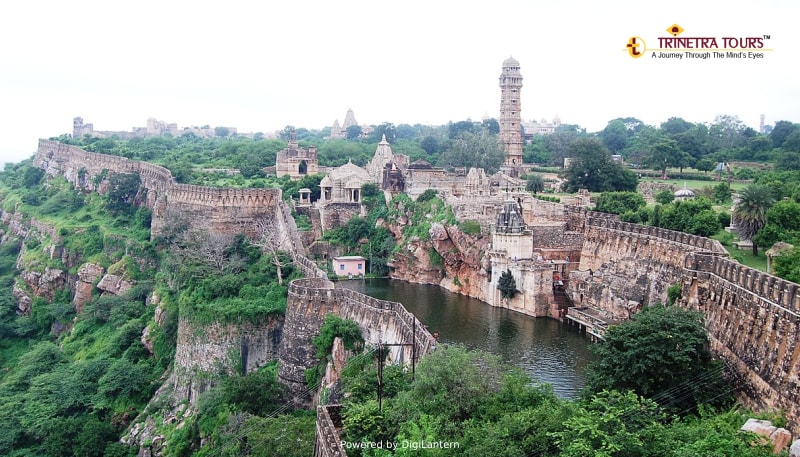 2. Kumbhalgarh Fort
Kumbhalgarh Fort is considered as the second most important fort for the Mewar dynasty and has the longest fortified wall after the ‘Wall of China'. It was constructed by Rana Kumbha during the 15th century in Rajsamand District and named from its founder Maharana Kumbha of Sisodia Clan. There are so many fascinating highlights within the fort that makes it a lifetime experience. The Pleasure pavilions, beautiful gardens, dam, Lagan Baori and temples will certainly take you back in time of 13th century. 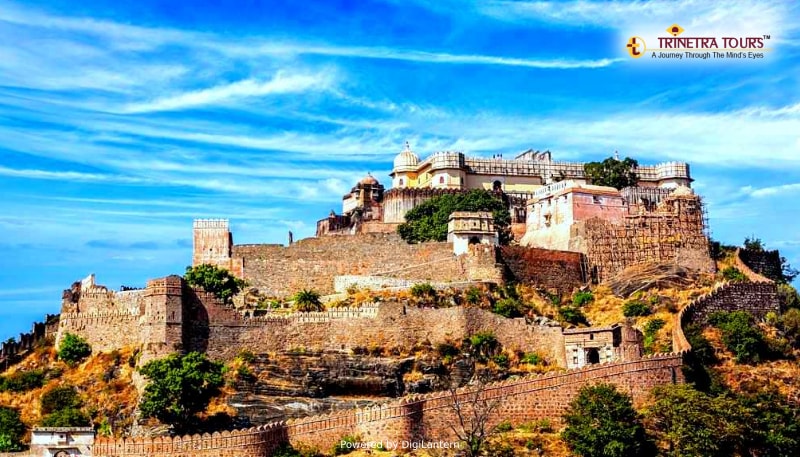 3. Devi Garh Fort
Devi Garh Fort was constructed in the 1760s under Raghudev Singh II and later on, successive rulers added new structures to the fort that made it more majestic. The kingdom of Devi Garh was awarded to Sajja Singh by Maharana Pratap for his loyalty and bravery to Maharana during the battle of Haldi Ghati in 1576. The fort is beautifully surrounded by the rich green fields and the giant mountains on its three sides create a spectacular scenic view to behold. 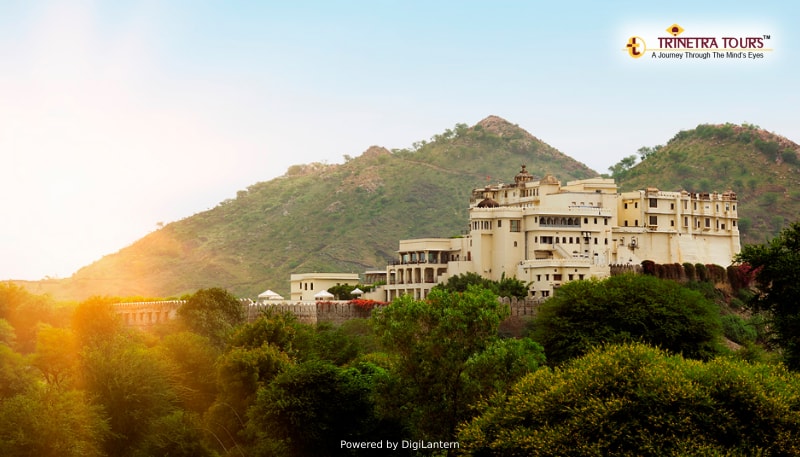 4. Udaipur City Palace
Located on the banks of beautiful Lake Pichola, Udaipur City Palace is likely the most visited tourist attraction of Udaipur. The palace is surreal in its appearance with numerous features and architecture that belongs to the royal Mewar family. The vintage car museum, Dawaat-i-Aam, the crystal gallery, Maharani Palace and the view of peaceful Lake Pichola are the major attractions that grab the attention of thousands of travelers worldwide. 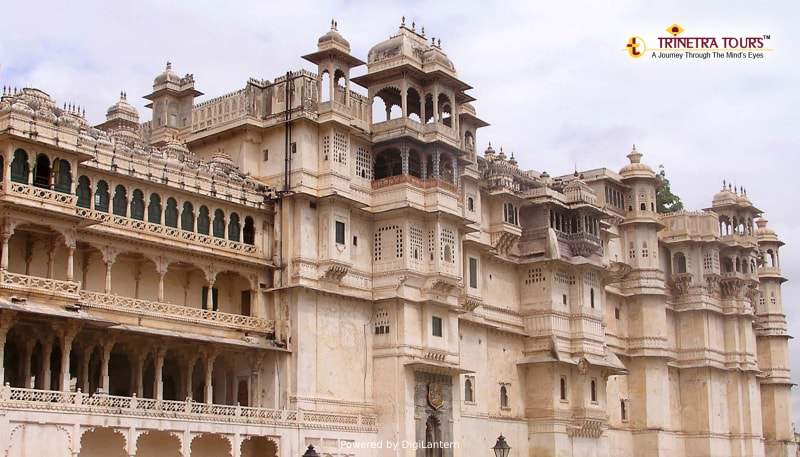 5. Fateh Prakash Palace
It is known for its big lord Ganesha idol, and a large fountain, Fateh Prakash Palace is the other prominent palace built by Maharana Fateh Singh of Mewar embellished by the unique and stunning paintings of the Mewar School that leave you awestruck. A gallery inside the palace is fully dedicated to the armours and weapons used in the historic times may take you on the ground of the battles to imagine the scenario. This palace has a lot of things in its store to give an insight into the day to day life of the Mewar Royal Family and their subjects. 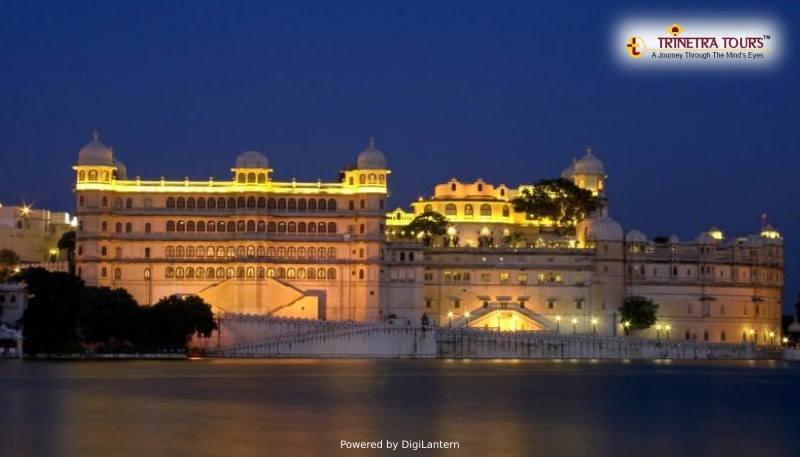 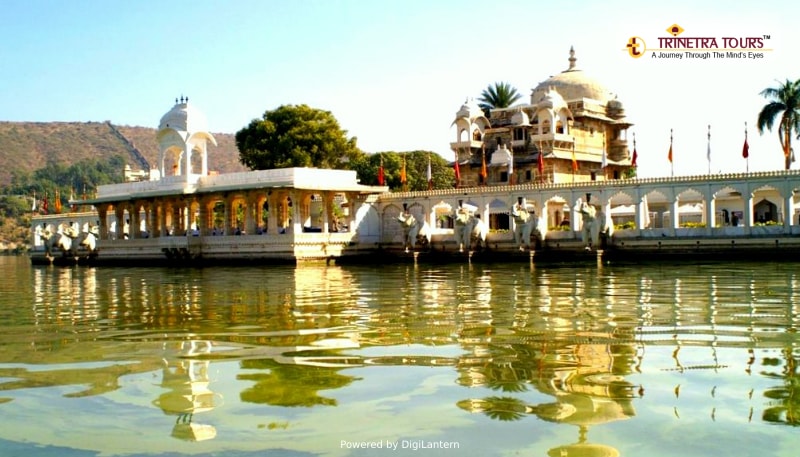 The historical forts and wonderful palaces of Udaipur which stand in their picturesque surroundings are definitely worth spending a few moments while traveling to Udaipur with your loved ones. Take a trip with us to discover the archive that is being captured by these historic forts and palaces. Yes please, for a ROYAL experience in Udaipur, don’t hold back give us a quick shout at tours@trinetratoursindia.com.