HomeBlogsNepal - The abode of Gods

Nepal is a beautiful concoction of the spellbounding geographical panorama and historical aura. This is a country which has seen ups and lows but still, the simpleton folks always arose to the occasion whenever challenged and triumphed with dignity and valor. The folklores of the Himalayan kingdom will fill you with awe at the natural benevolence as well as the artistic creativity achieve by Mother Nature and the mortals who made this great land their home for over centuries. So, let us have a quick overview of this beautiful land better known as “The Abode of Gods”

Pashupatinath – The Sanctuary of Lord Shiva:
Pashupatinath is one of the largest and oldest sanctuaries of Lord Shiva.It is also listed in the UNESCO’s World Heritage sites in Nepal. Located on the Banks of Bagmati River, the holy site is also known for its elegant architecture apart from its religious importance. 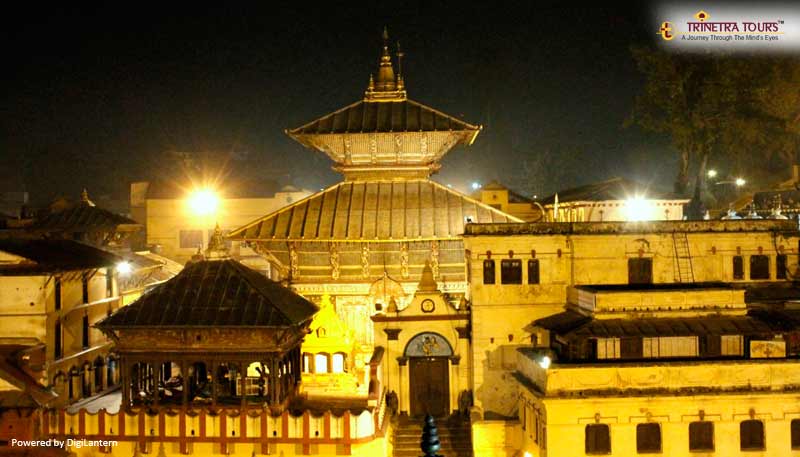 The Incredible Bodhnath Stupa:
Bodhnath Stupa, which is one of the largest stupas in the world is the most popular tourist destination in Kathmandu. The sky high stupa is listed among UNESCO’s World Heritage Sites. Nepal’s biggest celebration – the arrival of the new year also known as ‘Losar’ is held here. The Bodhnath Stupa represents the Buddhist Cosmos or the Mandala. 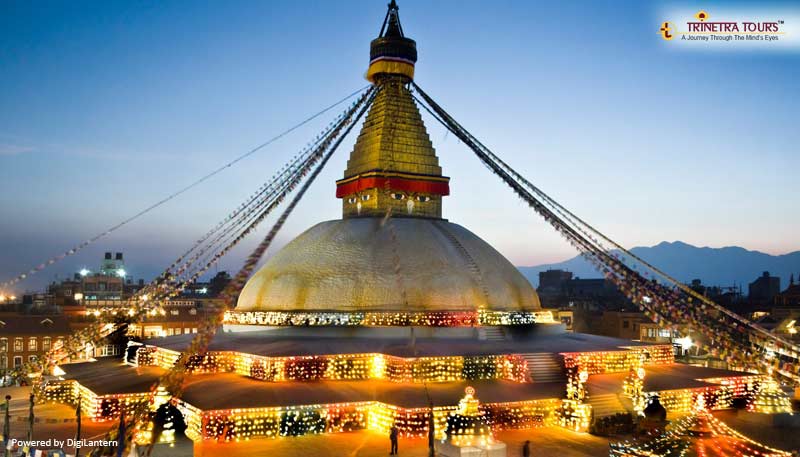 Swayambhunath - Amalgamation of Hinduism and Buddhism:
Swayambhunath located in the Kathmandu Valley is also famously known as ‘the monkey temple’ as hundreds of monkeys can be seen in the compound. The complex consists of a number of ancient temples, shrines, a monastery, a museum and a library. The Stupa is painted with Lord Buddha’s eyes on it. Swayambhunath also intrigues the interest of historians because of the iconography from the old traditions. The complex has suffered damage during the massive earthquake in 2015. 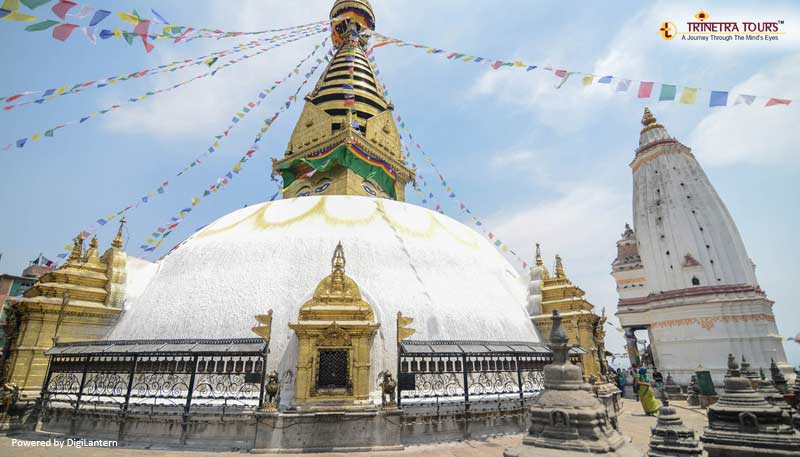 Attain Nirvana at Muktinath Temple:
Muktinath temple is a 3 layer sanctuary of pagoda style which is of equal importance to Hindus and Buddhists. The temple is considered to be one of the Shakti Peethams among Hindus and the Buddhists consider the status as a manifestation of Avalokiteshawara. The temple is adorned with a huge golden statue of Lord Vishnu. The word Mukti literally means - ‘Moksa’ or ‘Nirvana’. 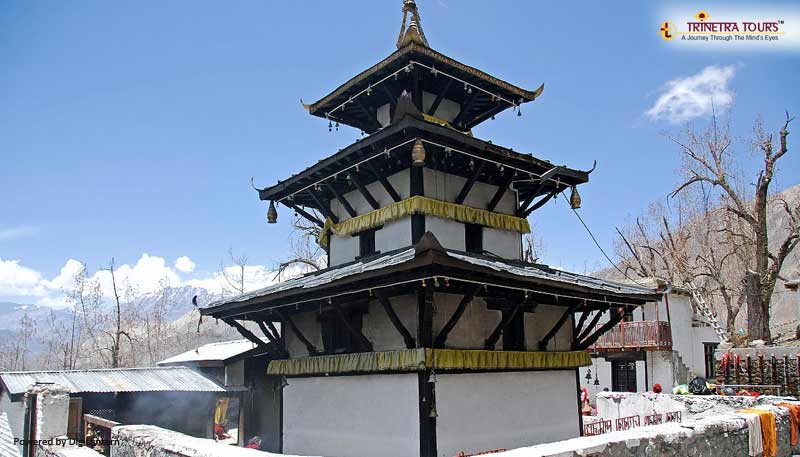 Ancient Amazement - The Changu Narayan Temple:
Changu Narayan is the oldest temple in Nepal. Its structure has been prepared with the best collection of ancient stones surrounded with gardens. The wooden roof of the temple is dedicated to Lord Vishnu. You must also visit the Changu Narayan Museum which showcases the collection of coins and architectures from the medieval period. 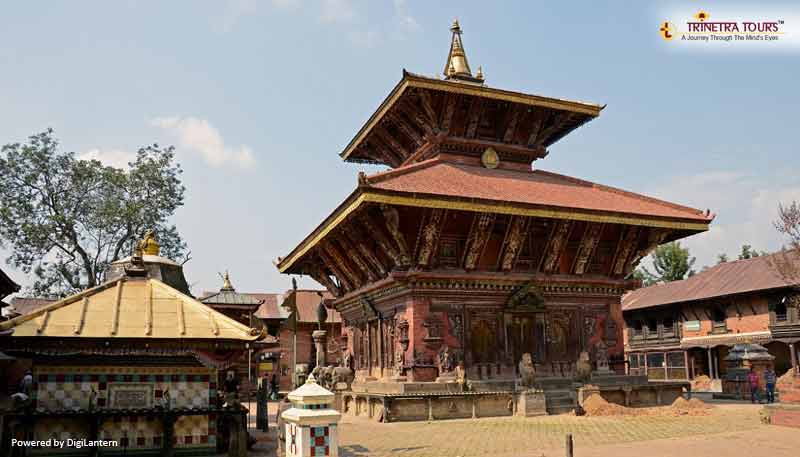 Unique Custom of Dakshinkali:
Hinduism is known for its mythology and unique set of beliefs. At Dakshinkali, Nepalese Hindus sacrifice animals every Tuesday or Saturday to impress goddess, Kali. If you are not a Hindu you will be restricted to enter the temple. You can still visit the market or stroll around the temple. A big Festival is organized in the temple during ‘Dasain’ or ‘Vijaya Dashmi’. 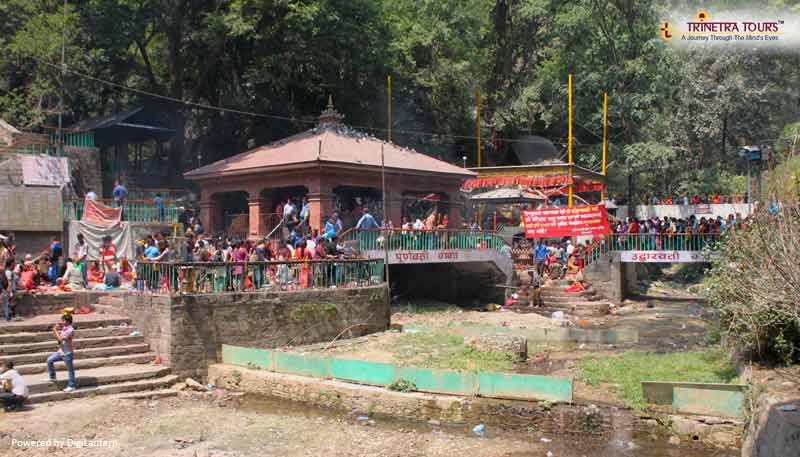 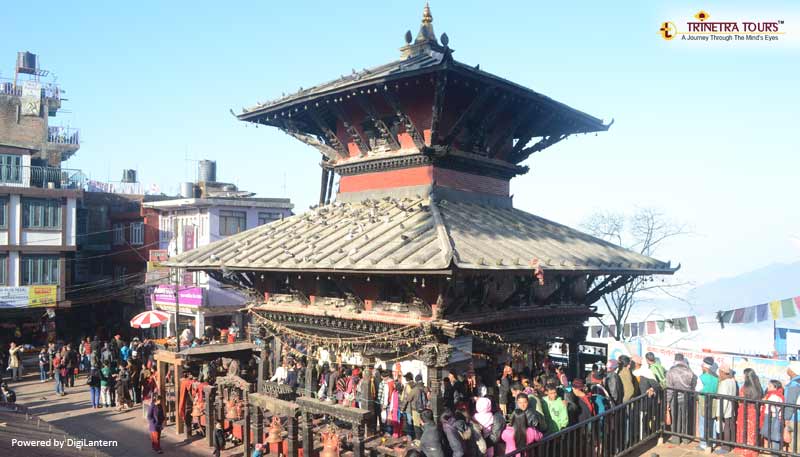 Nepal has more than 200 temples. For a traveler, there are unlimited opportunities to explore Nepal. You can trek the world’s highest mountain - the Mt. Everest, experience the Wildlife and ancient architecture surrounded by picturesque landscapes. To know more about tour packages in Nepal please feel free to contact us at tours@trinetratoursindia.com