India is not merely a land of diversities but these diversities make India an epitome of cultural abundance. Different cultures have different traditions and celebrations. And these celebrations are always a big and cheerful social affair. Here are some of the oldest and grandest celebrations in India.

1. Kumbh Mela (Haridwar, Allahabad, Nashik, and Ujjain)
Kumbh Mela is one of the biggest Hindu festivals which is more than 2000 years old. The dates of the fair are calculated according to the alignment of the planets – Jupiter, Sun and the Moon. It is celebrated by taking a dip in the holy rivers and is believed to help to achieve salvation. The Kumbh Mela takes place once in every three years. Kumbh Mela in 2013 was held at Allahabad and attracted more than 10 crore people – a record human gathering on earth. The traces of Kumbha can be found in Puranas (Scriptures of Hindu Mythology) where there’s a story of the Gods and the demons fighting for Amrita Kumbha (elixir pot). 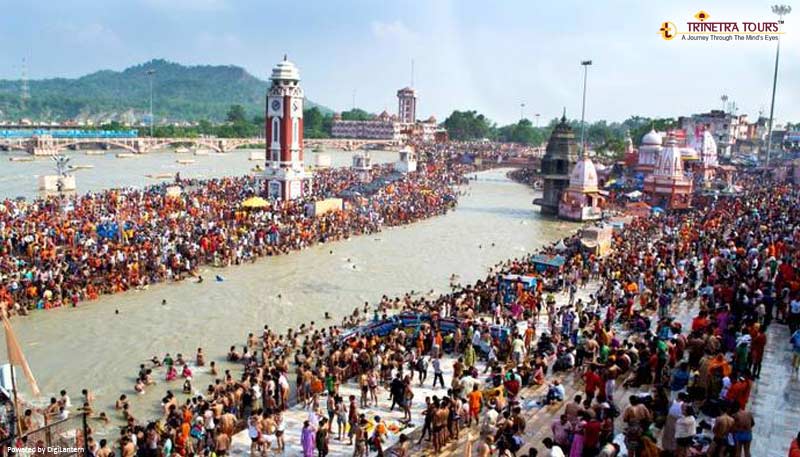 2. Pushkar Camel Fair (Pushkar, Rajasthan)
The Pushkar Camel Fair is another famous Indian fair which attracts tourists from all over the world. It is a five-days long affair known for camel trading and interesting competitions like ‘the longest mustache’. Rajasthan is a vibrant and riveting state giving you numerous options for shopping and eating. You can find local people adorned in traditional bright and colorful attires selling junk jewelry, fine fabrics, and intricate artwork. The best part for tourists in Pushkar is that they can choose to reside in either in a palace or a tented camp, both of which will be a pleasant experience. Except that one can enjoy activities like camel rides, elephant rides, desert safari in Pushkar. 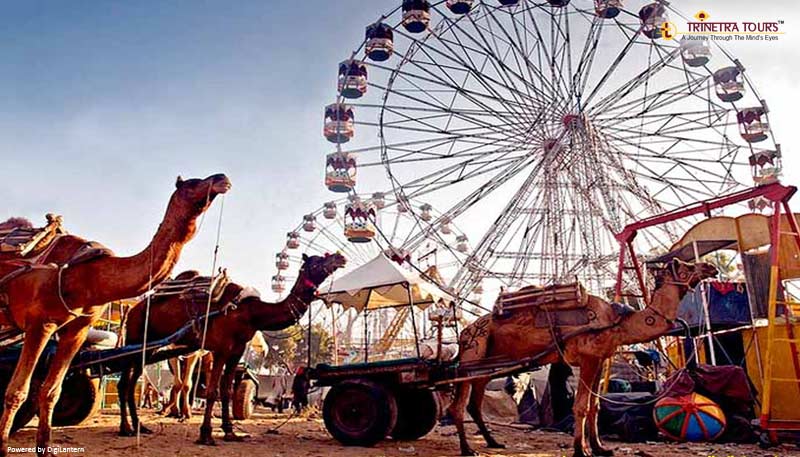 3. Hemis Gompa Fair (Ladakh, Kashmir)
Hemis Gompa Fair is celebrated every year on the birth anniversary of Guru Padmasambhava at the Hemis Monastery. It is a 300 years old fair which holds a special place in the hearts of Buddhists. The fair is marked by ceremonial dances known as the mask dance by Lamas, instrumental music, singing, worshiping and chanting by the monks. This will be a mystical experience as the lamas and all the people are dressed in eccentric clothes. The masks of dancing lamas are very interesting as they depict mythical characters and the dance performance represents the story of how Guru Padmasambhava defeated the Devils. The music played using instruments like horns, cymbals and drums are overwhelming. One major attraction of the fair is the country liquor which is served during the celebrations. 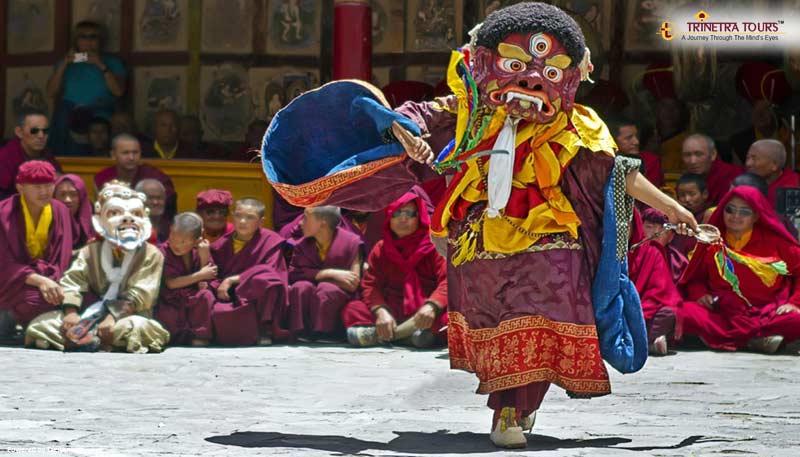 4. Goa Carnival (Goa)
The name Carnival itself is quite self-explanatory of what you can expect at the Goa Carnival. The Goa Carnival is a huge celebration across the cities and villages of Goa. This elaborate affair is very much similar to Latino Carnival and therefore live music, dancing, colorful masks, and dresses are an integral part. The origin of the carnival is credited to the Portuguese who once ruled Goa. Now the Goa carnival is organized by State Tourism Board and is a 4 day long extravagant celebration of Goan culture and cuisine. Goa is the only place in India where the Carnival is held and attracts millions of tourists every year. As this is the peak tourist season in Goa, it is advisable to make all the bookings in advance. Let us tell you that the Goa Carnival is not the only tourist attraction but the Goan beaches, shacks and exotic seafood lures a significant number of travelers throughout the year. 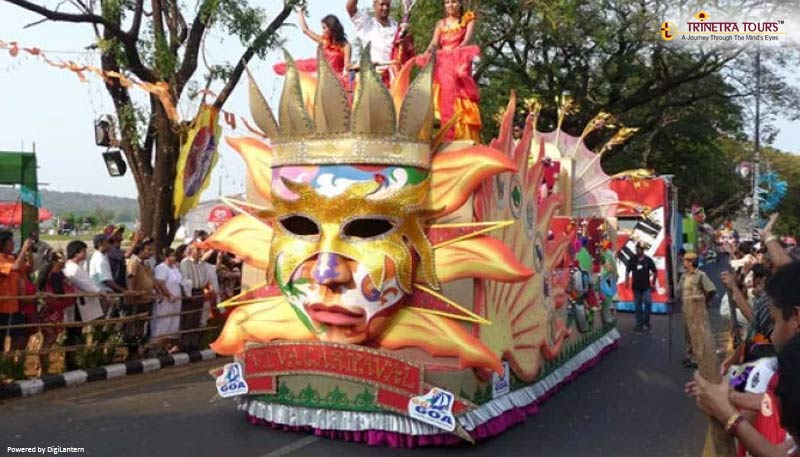 5. Surajkund Crafts Fair (Surajkand, Haryana)
Surajkund Crafts Fair is a celebration of Indian traditions, cultures, cuisines, and artisans of India. The fair is one of the longest celebrations in India which goes on throughout the first fortnight of February. This fair has been acclaimed internationally as the countries outside India have also been participating. In 2015, 20 countries participated in the fair and more than a million visitors attended the fair. Each year, the Surajkund Crafts Fair Authority chooses a state of India as its theme. During the day, the finest handicrafts, handloom items, and other traditional arts are the main attraction for visitors. And the evenings are a joyful celebration of Indian cultures through folk dance and singing performances. 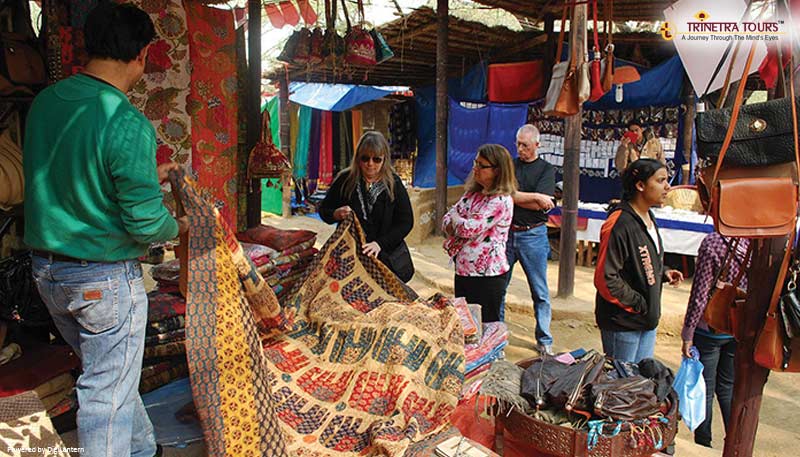 6. Rath Yatra (Puri, Odisha)
Rath Yatra is a sacred Hindu festival celebrated in the honor of Lord Jagannath. It is one of the oldest festivals in the world. The Rath Yatra is a huge procession of the deities – Lord Jagannath, his sister Subhadra and brother Balabhadra. The procession of Lord Jagannath is carried out on a chariot known as Garudadhwaja. On the day of the Rath Yatra, thousands of devotees gather around. The sounds of conches and chants fill the air. The devotees pull the ropes of the chariots to add to their good karmas as it is believed to be a sacrament for one’s bad deeds in the past. 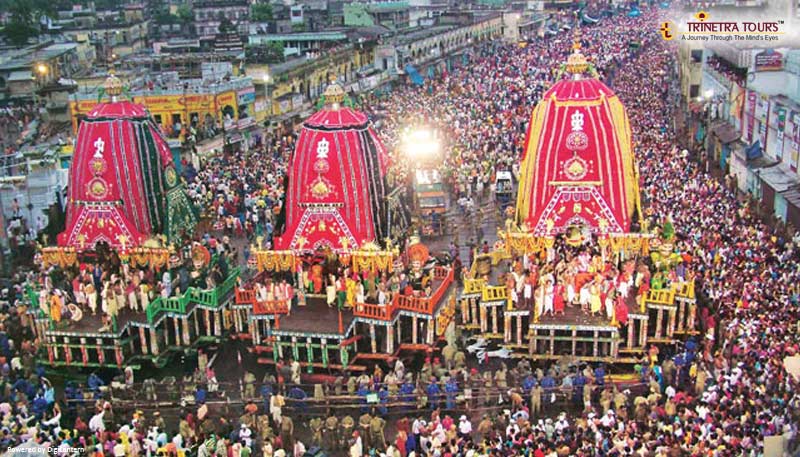 7. Desert Festival (Jaisalmer, Rajasthan)
The Desert Festival is held every year in the month of February. This three day long festival amidst the sand dunes of Thar desert is a pure delight. This is a bright and cheerful festival where some very interesting competitions are held. The most famous one is camel polo. Folk dances and folk songs are performed. A large number of tourists visit Rajasthan especially to attend this desert festival in
Jaisalmer. 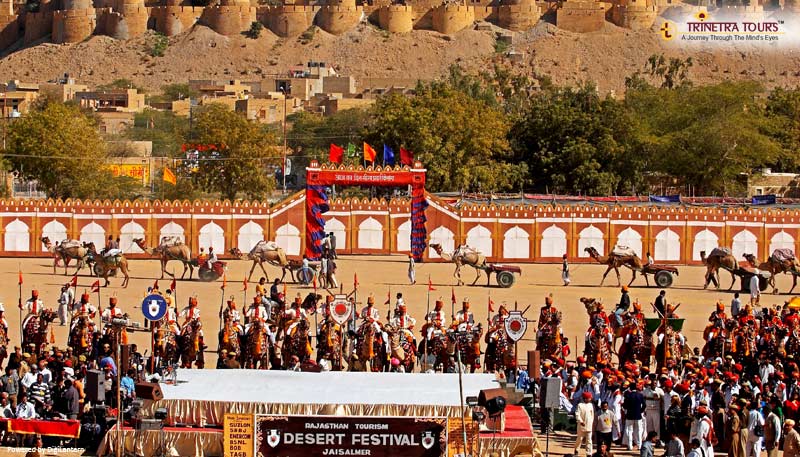 8. Hornbill Festival (Nagaland)
The 10 days long music festival is also known as the ‘festival of festivals’. The Hornbill Festival is a famous music festival celebrated every year in December in Kohima, the capital of Nagaland, North East India. Being home to various communities, there are different festivals celebrated by these different communities in Nagaland. Therefore, the State Tourism Ministry has taken an initiative to bring all the Nagas under one roof for a grand celebration. The different communities showcase their best through the handicrafts exhibitions, paintings, sculptures and wood carvings. The melodious folk music, folk dances, and archery are the most loved activities at the festival. 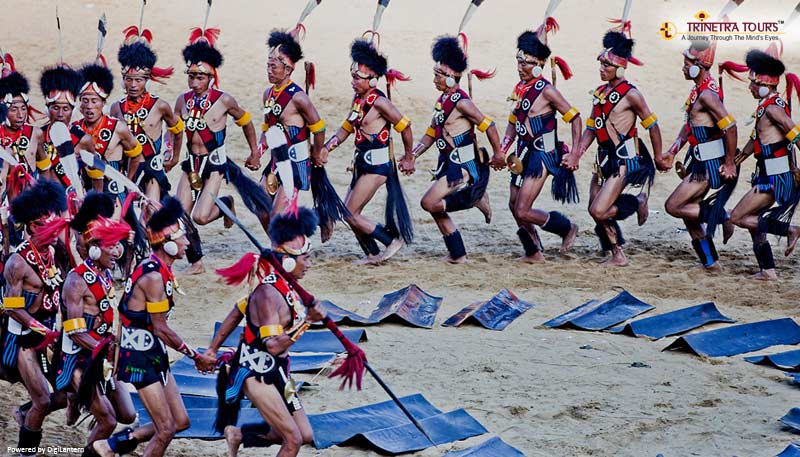 Hope this was an interesting piece of information for you. For any queries or further information please write to us at info@trinetratours.com.